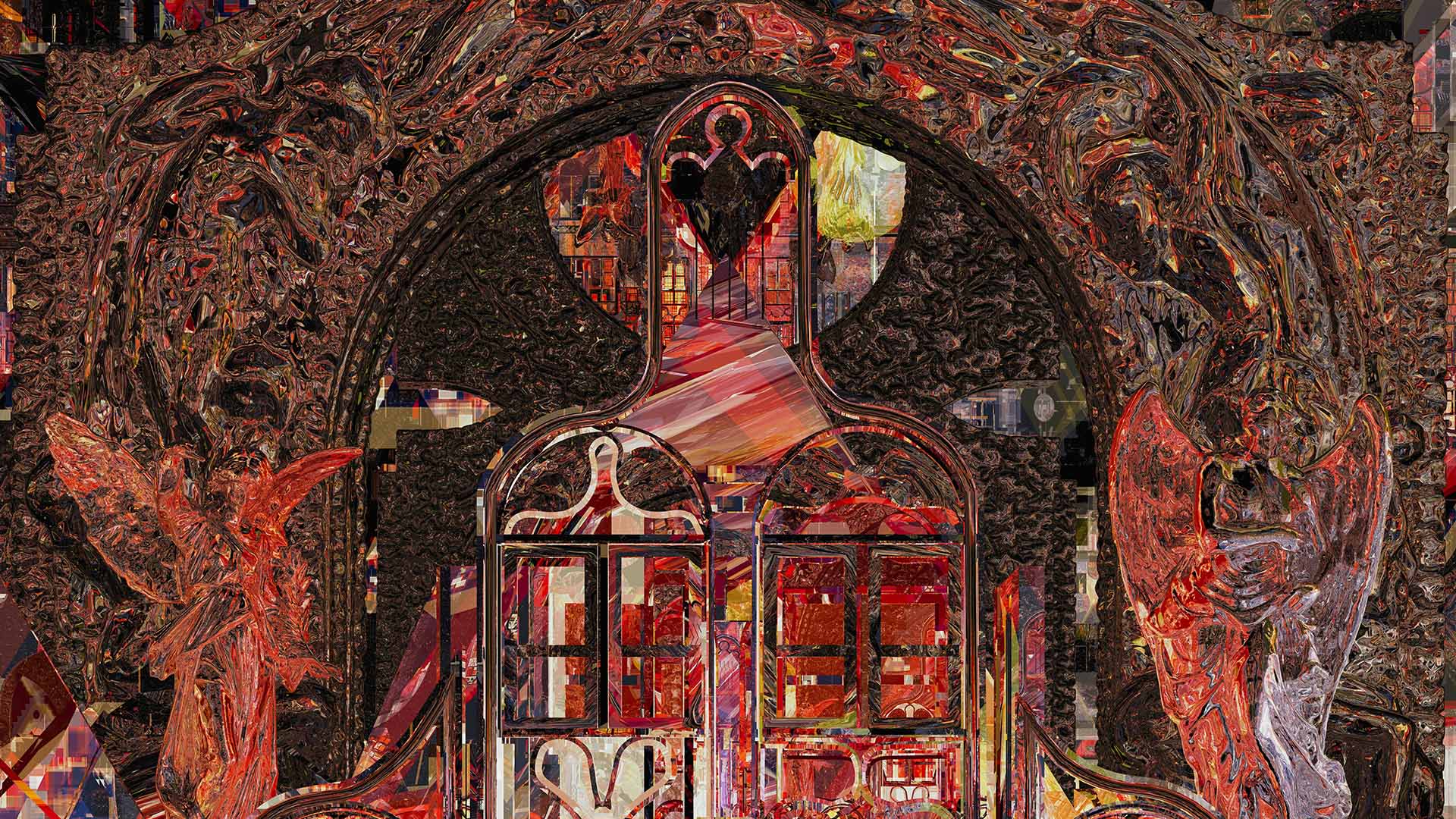 Thesmophoria Garnering is a temporary public installation in the city of Bruges, Belgium. The artwork hides the historic building of 1568 that was used as inspiration by taking the size of the building itself. Forming a new facade and bringing the building's digital infinite existence in front of its limited physical reality.

The artwork forms an anchorpoint between limited physical reality and unlimited digital infinity. A visual shared plane has been made that melts the characteristics of both contexts onto a newly to be experienced whole. The historic building as it stands and is, with its cumulated wealth of time, now carries its own infinity.

Read more on this project

The artwork Thesmophoria Garnering resides in a fascination and respect for the existing context of the heritage, which creates the historically valuable frameworks within which we can live and linger, and the infinity and eternity within a digital context.

Existing frameworks are impermanent due to their physical materiality, and only with the right necessary care can they obtain a continuity in their existence for future generations. This is partly because only one reality can exist in the same point. In a brick, no other brick can achieve its reality. This is simply physically impossible. The time that an existing brick carries and the material properties from a past cannot simply be simulated and recovered in the present. The brick that existed and exists is unique, completely defined by the given of the time and its place. This is of course the gigantic value of heritage that is formed. Once gone, gone forever.

A digital context on the other hand brings more possibilities. An exact copy can be made of a brick, with all its parameters that define the brick to brick. You can even place another brick with completely different parameters inside the previous brick. From this and because of this there is an infinity in the digital context. This infinity is formed by being able to let go of the physical definitions of, for example, time, but also place, materiality, identity, hierarchy, and a shared language. After all, if this definition were to exist, we obtain an exact replica of the existing context, with all its historical layers, and we obtain, as it were, history placed on its own within the infinity that it possesses.

The digital context, in turn, can be felt just as transient because of its speed and endlessness. But its impermanence stems mainly from the fact that it exists as a parallel within the existing physical context. After all, without a medium and carrier such as a computer or a smartphone, their parallel existence cannot be part of the sensation. 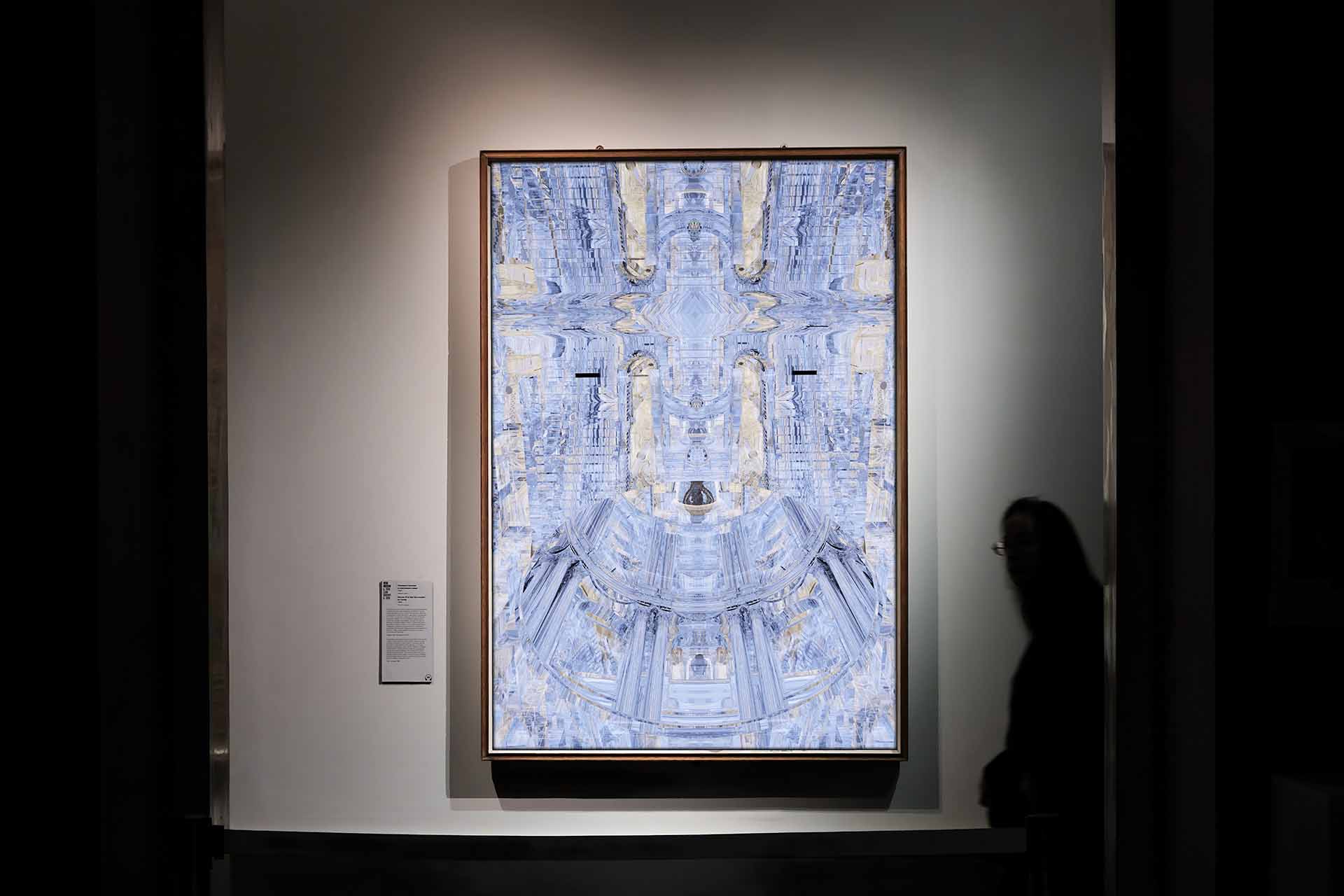